Mythological town Tezpur has a number of historical sites across the town. The legendary battle of Lord Krishna and demon king Banasur took place in Tezpur and as such there are many places which have great historical and mythological significance. Some of these places are: 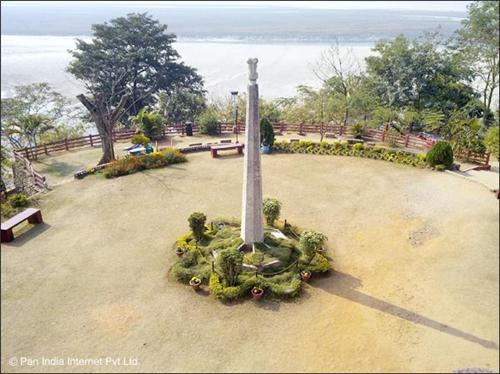 Agnigarh is one of the tourist places in Tezpur known for its mythological significance. It is the fortress palace where King Banasur kept his daughter to keep her away from Aniruddha. The fortress was constructed by Banasur and was surrounded by fire in order to prevent Aniruddha from coming in it. The name Agnigarh came from the two terms ‘Agni’ which refers to fire and ‘Garh’ meaning fortress or wall in Sanskrit.

According to legend, the place is related to the love story of Usha and Aniruddha, who was Lord Krishna’s grandson. It is said that Usha and Aniruddha were deeply in love with each other. But Usha’s father Banasur, the Asura king and prime devotee of Lord Shiva was opposed to this relationship. Banasur was a winner in every battle and was his kingdom was under the protection of Lord Shiva. This made him proud and he had a supreme ego of not being defeated. Meanwhile, Usha’s friend Chitralekha kidnapped Aniruddha to bring him to Usha.

When Banasur got to know about this, he kept Usha on the Agnigarh hill surrounded by fire. Thereby, in an attempt to break Banasur’s ego and rescue Aniruddha and Usha, Krishna fought a battle with Banasur defeating him. When Krishna was prepared to cut of Banasur’s head by the Sudarshan Chakra, Lord Shiva appeared and protected him. Narad then came and made Banasur realize that Lord Shiva and Krishna were one. On God’s request, Lord Krishna appeared in Viraat form and Hahihar form which is a mix of Lord Shiva and Krishna. Banasur realized his mistake, Krishna then forgave and blessed him and Usha and Aniruddha married and lived a happily life thereafter.

The Agnigarh hill has a circular stairway leading from the base to the peak of the hill. It provides a good trekking route. It is situated on the banks of the mighty Brahmaputra and provides picturesque scenic places for public viewing. The Brahmaputra River can be seen from the hill overlooking its banks and the other side of the river. There are also sculptures depicting Usha and Aniruddha and the famous battle between Lord Krishna and Banasur.

There is also a viewing platform wherefrom one can see the river and the scenic beauty around it. One can also get a good glimpse of the Kolia Bhomora Setu Bridge across the mighty Brahmaputra. The place has been developed into a beautiful park by the district administration preserving the essence of the place. There is also a waterfall enhancing the beauty of the Agnigarh hill.

Bamuni Hills are located around 4 kms from Tezpur city of Assam. The hills are also known as Usha Pahaar and have historical significance due to the prevalence of the ancient ruins of the 9th and 10th century. These hills are a popular picnic spot and are often frequented by tourists. The hills have lush greenery trees and provide a picturesque view of the Brahmaputra.

The Bamuni hills contains much ruins dating to the Gupta period of 9th and 10th century A.D. the most popular among these ruins include those of Da Parbatia and other stone carvings present on the walls on the hills. There is also a cross shaped bracelet lintel decorated with Kirtimukha panels having 10 incarnations of Lord Vishnu. These inscriptions and relics provide the Bamuni hills a place of much historical significance.