Tezpur located on the banks of the river Brahmaputra in the Sonitpur district of Assam, is a historical and mystique city and has many ancient and mythological artifacts. Tezpur is regarded as the fifth largest city of Assam after Jorhat, Guwahati, Silchar and Dibrugarh. 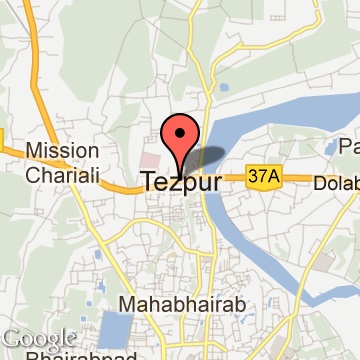 Tezpur was initially known as ‘Sonitpur’. ‘Sonit’ means blood in Sanskrit. It is said that in ancient times, during the battle between Banasura’s army and Krishna’s army there was so much bloodshed that the whole region was stained in red. Hence Sonitpur came to be known as ‘Tezpur’. The name Tezpur is derived from ‘Teza’ which means blood and ‘Pura’ means city.

Tezpur is situated on the banks of river River Brahmaputra. The city also has several hillocks and so flood does not occur during the monsoon. The climate of Tezpur is moderate. The temperature remains between 20 to 38 degrees Celsius during summer and the winter season the temperature ranges between 10 to 25 degrees Celsius. Rainfall in the region is typically high. The best time to visit Tezpur is from to April.

Shopaholics would also love to shop in Tezpur. Like other big cities, Tezpur does not have big shopping malls.  The local markets in Tezpur sell beautiful trendy as well as traditional items. The most popular shopping area in Tezpur is the Chow bazaar. The markets in Tezpur sells Assamese costumes, Cane and bamboo items, bell-metal utensils, handloom and handicraft items and many more.

Tezpur is one of the prime tourist destinations in Assam. The city of Tezpur is endowed with several beautiful places of tourist attraction. Every year thousands of tourist visit this place to enjoy the beauty of this place. Some of the major tourist spots in Tezpur are  Agnigarh, Mahabhairab Temple, Padum Pukhuri, Bamuni Hills,  Da Parbatia and many more. Kolia Bhomora Bridge over the mighty river Brahmaputra also attracts a lot of tourist. Apart from these other very important tourist place in Tezpur include Chitralekha Udyan, Trimurty Udyan, District Museum and Bishnu Rabha Smriti Udyan. Read more...

Tezpur is a popular tourist destination and the city is well connected by air, rail and road networks with all the major cities of India. The nearest air link is the Saloni airport, located about 10kms from Tezpur. There are regular flights to Guwahati, Jorhat, Kolkata from Saloni airport. The closest major railway head is the Rangapara North Railway Station. The most convenient way commuting to Tezpur is by road. There are regular bus and taxi service available to and from the city. Read more...

Comments / Discussion Board - About Tezpur